Since Jomitek was established in 1997, the primary focus throughout our product portfolio has been to enable efficient operations and maintenance, in particular for the areas of power distribution systems as well as wind turbines.

The foundation of Jomitek consist of a handful of principles and knowhow, which has resulted in a trusted, thriving and financially independent company. These include:

Throughout the years, we have listened and learned from power utilities, wind turbine OEMs, and related operations and maintenance organizations, pinpointing a number of the costly operational headaches caused by earth faults, short circuits in general, power load distribution challenges, lightning strikes and various other phenomena leading to accelerated aging, wear and eventual breakdown of the infrastructure.

In a world where power utilities are increasingly operating in a competitive market, with a sometimes very old infrastructure base, making the assets last, and focusing maintenance and upgrade efforts where it is needed, is vital. The baseline information needed to make that prioritization is provided by the Jomitek I3 Power Sensor, which deliver on a very versatile, compact and cost efficient platform, enabling continuous power quality and event monitoring.

Similarly, the wind turbine industry has become increasingly mature, with reliability and maintenance costs shifting to a forefront position for both OEMs as well as service organizations, to uphold a competitive edge. In some regions, the OEMs are even keeping the service contracts in house, which bring even higher incentives to ensure uptime and general reliability. In this area, the Jomitek Lightning Sensor and Analyzer (LSA), as well as the Lightning Down Conductor Sensor (LDCS) brings that competitive edge, by matching the need for focused inspection and maintenance, hereby minimizing the need for scheduled inspections, as well as unnecessary down time.

Jomitek brings these products and capabilities to the market based on a dedicated team of development engineers with a combined background in electrical engineering, and specialization in fields such as embedded system development, sensor systems, control systems, RF/microwave design, wireless technologies, and power electronics.
The hardware production is largely outsourced, such that only final assembly, factory calibration and functional testing is completed in house, allowing for scalability and flexibility in our production setup when needed.

We are always ready to support pilot projects, as well as detailed integration efforts for our customers. Please contact us with your request, or to learn more. 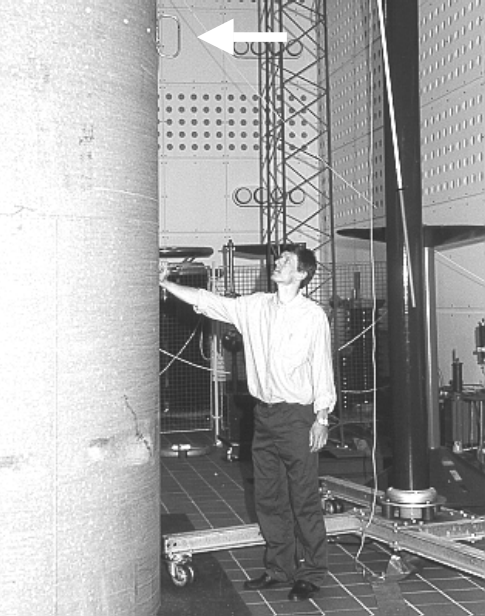 The classic lightning detection system on a test wind turbine in 1999.

The founder and CEO of Jomitek, Peter Johansen, began his early research within lightning detection and measurement in the late 1990s. After a few years his research resulted in the first Jomitek Lightning detection system, which was tested intensively in the lab prior to field tests.

The first lightning detection system was tested in large scale back in 1999 in corporation between Jomitek and the Danish power company SEAS who owned 36 wind turbines ranging from 450 kW to 1 MW.
The system consists of two antennas which are mounted on each side of the turbine. The antennas are connected to a receiver box inside the turbine which performs the lightning strike calculations.

See one of the first original articles describing the successful work and the results.

In Jomitek we strive to always push the technology to the limit to obtain the best solutions for our customers. This works has, among others, resulted in the new and advanced lightning sensor. 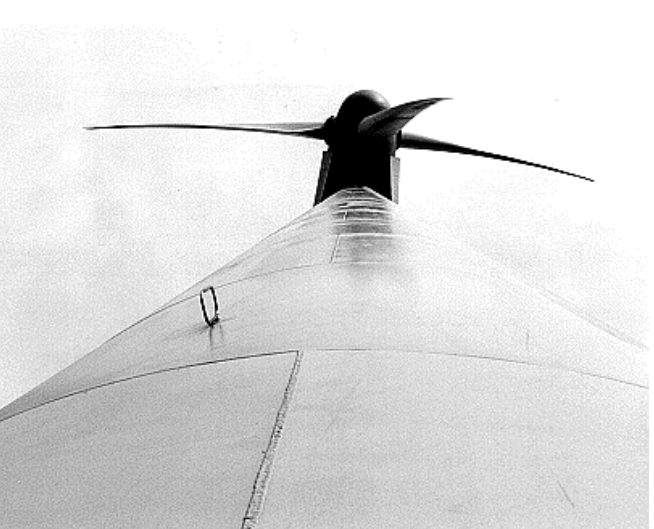 The classic lightning detection system on a test wind turbine in 1999.